The Most expensive cars in the world in 2021

The most expensive cars in the world are not mere collectables that should be invested in, stored, and flipped when the time is right. They are marvels of modern engineering made to combine luxury and performance and cater to the true enthusiast who will one day own them.

We will be reviewing the following luxury vehicles in this post:

What do you get when Aston Martin collaborates with the Red Bull Racing Team? You get a car that that combines luxury, performance, and “space-age” aesthetics both in its interior and exterior. While the performance of this car is yet-to-be-disclosed, the Aston Martin Valhalla will have a turbocharged, 3 liter, V6 engine. This tells us that the Valhalla will be less performance-focused than its sister Valkyrie but will possess otherworldly handling. Only 500 of these cars will ever be produced. 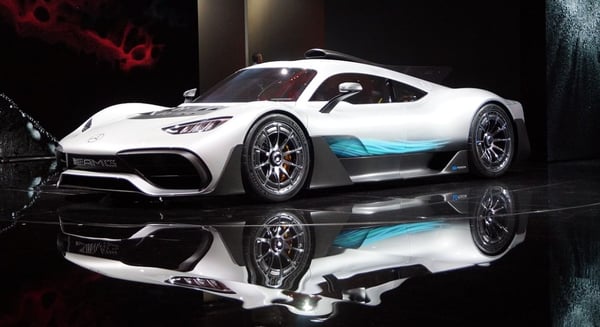 The “One” in this Mercedes’ name has meaning. The AMG One will be a 1000 horsepower hybrid supercar built to mimic an F1 car while still being street legal. This is no easy feat, and while the project has been delayed by several months, production is back on track.

While no official testing has been done, the Mercedes Official Site claims that the 1.6-liter V6 hybrid (with 4 electric motors) will be able to propel the car from 0-120 in 6 seconds and will have a top speed of 217 mph.

The Jesko was built to be the Agera RS’s successor, and we can confidently say that Koenigsegg hit the nail on the head. The Jesko takes everything that was great (and groundbreaking) from the Agera RS and improves on it. Lighter frame, better engine, stiffer suspension, updated aerodynamics coupled with some needed comfort options make this car truly great and worth every penny of its $3 million price tag.

Koenigsegg had to build a bespoke 9 speed transmission to leverage the 1280 horsepower produced by its monstrous V8 engine. The result, an insane top speed of 330 mph.

Created by the engineer of the legendary McLaren F1, Gordon Murray, the T.50 is believed by many in the industry to be the “last great analog supercar.” Murray himself described this car as a “a bookend to the story of ultrafast internal-combustion cars.” Understanding that many other manufacturers are turning their attention to hybrids, electric cars, and other more “digitized” options, he wanted this car to be a final “hurrah” of the analog era.

The car will have a naturally aspirated V12 and a three-seat layout, paying further homage to the McLaren F1. 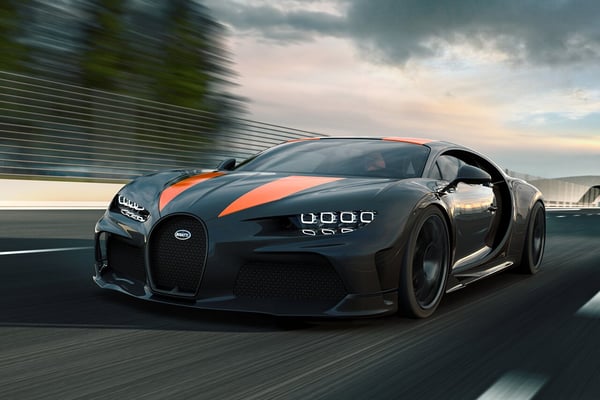 It wouldn’t be a proper car list without featuring a Bugatti…and what a Bugatti this is. The Chiron was built with one thing in mind; performance. Underneath the stunning interior hides a monstrous 8 liter W16, quad-turbo engine producing 1,577 horsepower, accelerating the car from 0-60 in 2.4 seconds. Unlike many other cars, the Chiron Super Sport 300+ isn’t likely to be depreciating as it’s a piece of automotive history. In August 2, 2019, Andy Wallace (a Bugatti test driver) unlocked the Chiron’s full potential, reaching 300 mph. This meant that it was the first car of its time to break the “golden speed barrier” of 300 mph. An absolutely amazing car deserving of its title on our list of most expensive cars ever sold, and of course one of the best cars made to date.

The Bugatti Divo was an answer to the Chiron’s success and follows closely in its predecessor’s footsteps. It is overall lighter, sports stiffer suspension, improved aerodynamics and a 8 liter, quad-turbo W16 engine producing 1500 horsepower giving it a top speed of 236mph, and an acceleration of 0-60 in 2.4 seconds. To keep the car as light as possible, the interior is void of the extreme luxury found in some other Bugatti models, but the quality is ever-present. Only 40 of these cars were ever produced, and each one sold for a jaw-dropping $6 million 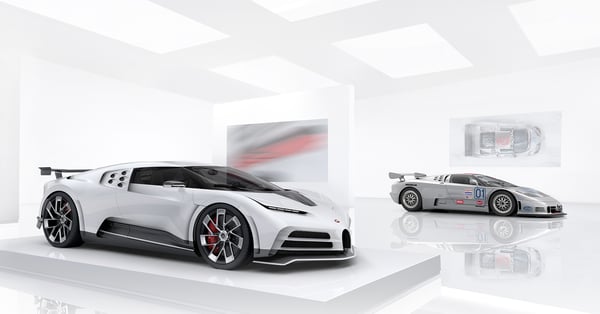 The Bugatti Centodieci might not be the fastest car the manufacturer has produced but it’s the most luxurious and fastest accelerating model to date. This 2021 model is important not only for its more luxurious and “sharp” aesthetics though. The name Centodiece pays homage to the EB110 supercar produced by Bugatti in the early 90s.

While the emphasis was on luxury, the car is definitely no slouch. Powered by a W16 quad-turbo engine, the Centodieci is capable of reaching a top speed of 236 mph, and a 0-60 time of just 2.4 seconds.

The Zonda was the very first car produced by the Pagani, the Italian car manufacturer in 1999. Although its production should have ceased to favor the company’s newer model, the Huayra, in 2011, Pagani went on to create edition-after-edition of their first ever supercar. As with all limited editions though, this car is rare. Only 3 were ever created, and the last one sold was documented at a whopping $17.6 million. This is not just a glorified rare supercar although it can reach a top speed of 220 mph, with an acceleration of 0-60 in 3.4 seconds. The car screams style and performance from every angle and is worth every penny of absurdly massive price tag.

A very simple name for an otherwise magnificent piece of modern engineering. Simply known as La Voiture Noir (translated to The Black Car,) this Bugatti is powered by an 8.1-liter, quad-turbo W16 engine that produces 1,500 horsepower. The result? A top speed of 260 mph, and a 0-60 time of just 2.4 seconds.

This 2019 hand-sculpted carbonfiber hypercar is the ultimate combination of luxury and performance, well worth its monstrous $18.7 million price tag.

The number 1 on our list of most expensive cars is not the fastest, most luxurious, or most well-equipped. It’s not even new. Coined the Holy Grail of Ferraris, the most expensive car in the world is the 1963 Ferrari 250 GTO.

Only 36 were ever made between 1962 and 1963 and for its time, this supercar was the fastest in the world. While a top speed of 174 mph and a 0-60 of 6.1 seconds might not be “impressive” by today’s supercar standards, this Ferrari went on to win the Tour de France and even placed in the Le Mans.

A true piece of art and an important part of automotive history, this stunning car is worth a mind-boggling $70 million and is easily placed at the top of our list of most expensive cars of all time.

While the list can easily go on, here are some very honorable mentions: