The 10 Most Expensive Watches of All Time

Watches are among the very few things that combine luxury, admirable craftsmanship, and technology. To some they might be a daily necessity, for others they might be a sought after piece of jewelry or gadget, but whichever the case, watches can truly be pieces of fine art worth millions.

In this post we will be exploring the 10 most expensive, and record shattering watches

While these are technically wrist watches, there are more akin to works of art than anything else. 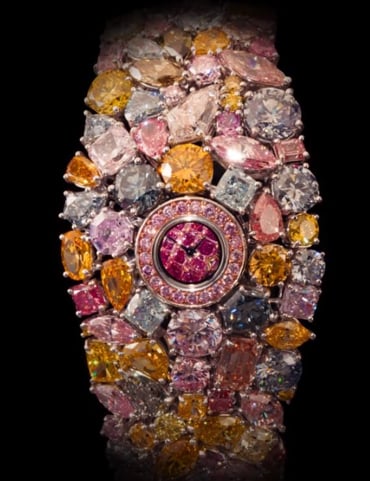 Disclaimer: Arpege Diamonds does not own this image. All rights belong to graffdiamonds.com

Unveiled at the Baselworld’s Opening Day Event, the Graff Diamonds Hallucination is decorated with over 110 carats of Fancy Pink, Fancy Blue, Fancy Green, and Fancy Yellow, in a large assortment of cuts, such as heart, pear, marquise, and emerald cuts. The watch also included a platinum bracelet, if by chance it owner wished to take it off display and wear it for an elegant outing. 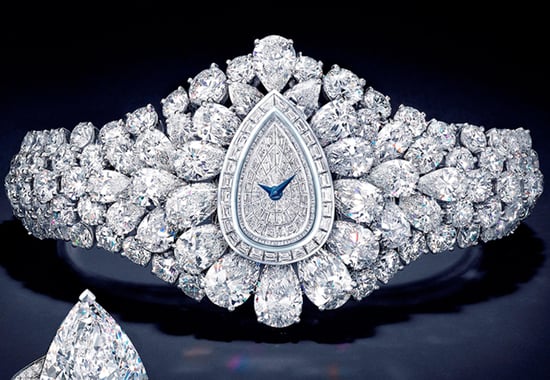 Another spectacular piece by Graff, this $40 million watch is comprised of 152.96 carats of clear diamonds. What is unique however, is that the 38.14 carat D Flawless, pear shaped centerpiece is detachable, and can be worn separately as a ring.

The story says that one of Marie Antoinette’s lovers had commissioned Abraham-Louis Breguet to make this watch as a gift for the queen. Breguet started working on the piece in 1782, and was completed in 1827 by his son. That is correct; it took 45 years to make this beautiful piece of art. Unfortunately for the queen, she had already been executed by the time the watch had been completed. But why did it take so long to make? Well, this particular watch included every known complication for that time, and was fitted with a chime, perpetual calendar, and even a thermometer.

The watch had been on display at the L.A. Mayer Museum in Jerusalem, until 1983 when it was stolen. Fortunately, the watch was recovered and has been put back on display at the same museum where it resides until this day. 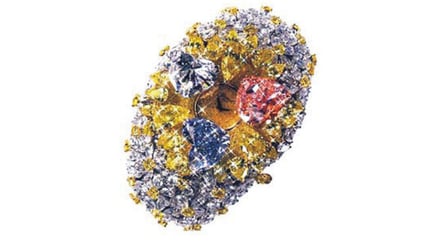 Looking more like a display piece, than an actual watch, this piece contains 874 colored diamonds weighing a total of 201 carats. The center of this Chopard watch features a pink, blue, and yellow heart cut diamonds. 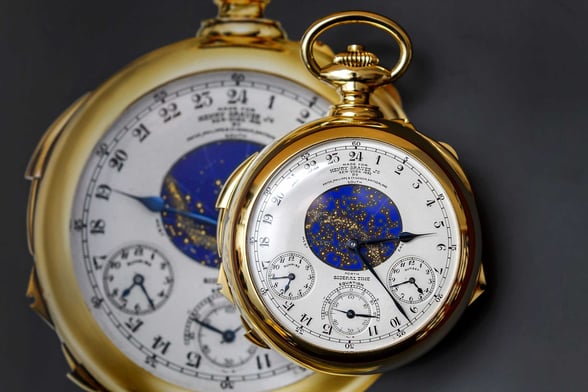 Created in 1933 for banker Henry Graves Jr., this stunning gold pocket watch took 5 whole years to design and build. This was no ordinary pocket watch however, it was filled to the brim with over 24 complications including a perpetual calendar, celestial calendar (based on the night sky above Grave’s NY apartment), a minute repeater with Westminster Chimes and was able to tell sunrise and sunset times. 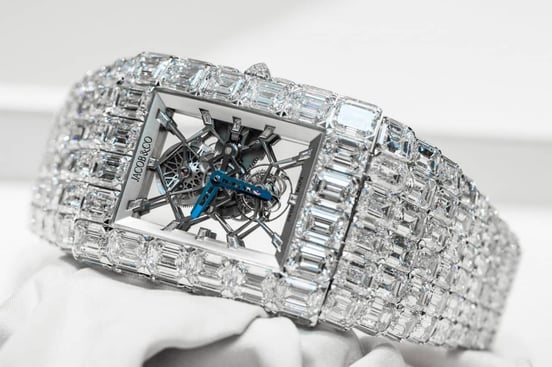 As its name implies, this watch was truly made to be worn by the “elite”. Containing 19 jewels, 167 components, and 260 carats of emerald cut diamonds. The face (which includes a beautiful skeletal look, allowing the wearer to see the internal mechanism) seems to be seamlessly connected to the bracelet, both of which are comprised of 18K white gold. 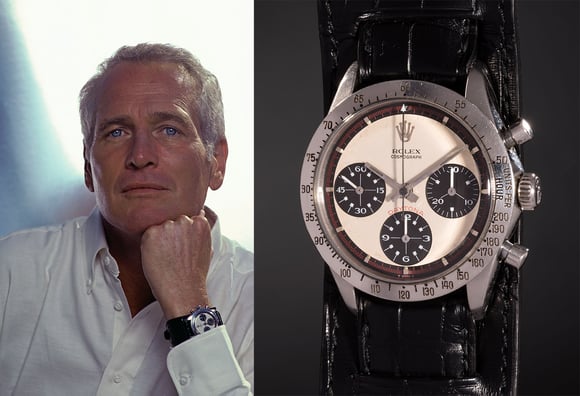 Combining Paul Newman’s love of motorsports and horology, this beautiful watch was gifted to the movie star by his wife and actress, Joanne Woodward. Engraved are the words “Drive Carefully, Me”, along with a 1968 Daytona reference 6239, which only adds to the more custom and unique feel of the piece.

One out of just 4 ever produced, this stainless steel watch was the first perpetual calendar chronograph wristwatch to ever be produced in a series. Not only that, sitting at a staggering $11.1 million, this is among the most expensive mechanical watches in the world. 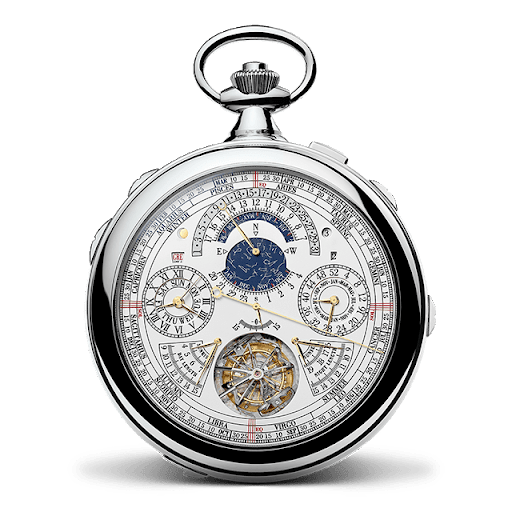 With 2826 individual components, 242 jewels, and 57 complication, this watch is a true technological feat testament to craftsmanship. This magnificent piece took 8 years to design and create, and while an official price has not been disclosed, it is estimated to have sold for $8 million to a private client.

A birthday gift from Beyoncé to her husband Jay-Z in 2012, the Hublot Big Bang watch truly is a piece of art. Decorated with 1,282 diamonds in total, the watch contains 6 3 carat emerald cut diamonds, and over 100 carats of smaller baguette cut gems. A $5 million dollar men’s watch truly worth every penny.

Even though not detailed in our list, these pieces definitely deserve to be mentioned in a list dedicated to highlighting the most expensive watches of all time.

And there you have it the 10 most expensive watches of all time. Is there a watch you think should be added to our list? Would you like us to elaborate further on a particular watch? Let us know in the comments below!