Blue diamonds are an alluring option for those seeking beauty and a value-holding investment. In fact, colored diamonds have shown significant appreciation over the last 20 years. Both collectors and investors alike have flocked to these colorful diamonds and when they come to auction, the price tag often sets records. Here are a few blue diamonds that have hauled in impressive price tags over the last few decades. 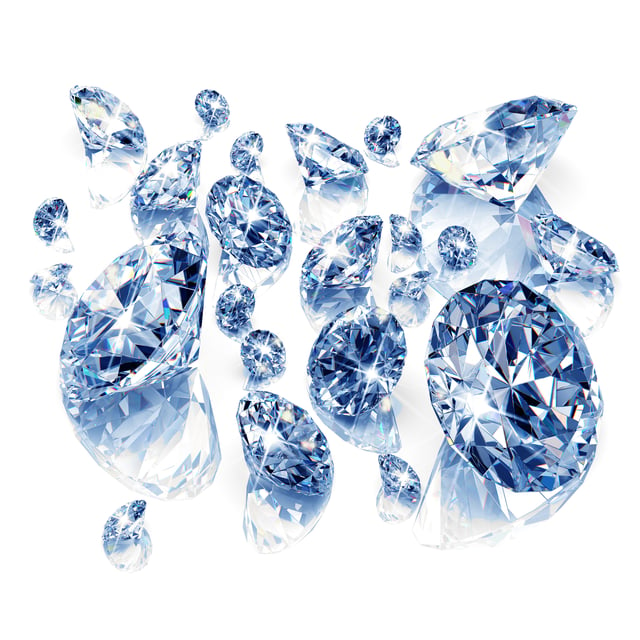 In 2015, the 12.03-carat ‘Blue Moon’ diamond was sold for over $48 million at auction. At $4 million per carat, the Blue Moon diamond is one of the most expensive diamond per carat ever sold. Discovered in 2014 at the Premier mine in South Africa, this stone demonstrates the highest possible color grading for blue diamonds, being a breathtaking Fancy Vivid Blue. Adding to the beauty of this gem, the GIA has labeled it as IF (internally flawless), a truly perfect clarity grade.

Another diamond that was recently determined to be from the Premier mine in South Africa is the Blue Heart Diamond. The origin was a mystery until a group of scientists from the Natural History Museum of the Smithsonian Institution concluded the diamond was a descendant of South Africa.  In 1910, Mrs. Unzue purchased the Blue Heart diamond from Cartier just two years after it was discovered in 1908. It is a 30.62-carat stone and the largest heart-shaped diamond in the world. The GIA rates this diamond with a clarity grade of VS-2 (very slight inclusions), and it is arguably one of the most beautiful diamonds in the world.

The Blue Hope Diamond might not be labeled as flawless, but it is one of the most stunning gems in the world. Originating from India, this stone weighs in at 45.52 carats. Folktales say the diamond has been cursed for being stolen from the eye of a sacred statue of Hindu Goddess Sita. An assortment of owners through history have experienced tribulation while owning this gem. Surprisingly, this wouldn’t be the first time a diamond was infamous for being stolen from a religious statue. Today, the gem is part of the National Gem Collection and holds an estimated value of $250 million.

The Oppenheimer Blue sold by Christie’s in Geneva in May of 2016. The 14.63-carat diamond has a VVS1 clarity rating, only one rating degree below internally flawless. The Oppenheimer Blue is a fancy vivid rectangular-cut diamond. It was sold for nearly $4 million per carat, with a final sales price of $57.5 million.

The De Beers Millennium Jewel 4 was sold during Sotheby’s 2016 Hong Kong auction. The stone stands at 10.10 carats with an oval cut, and has been rated by the GIA to have a remarkable Fancy Vivid Blue color, all the while have no internal inclusions (IF). The diamond is part of a set of precious gems brought for sale by De Beers. The diamond sold for just over $3.1 million per carat, for a final sale price of $31.8 million.

The Winston Blue Diamond was sold by Christie’s Auction House in Geneva during May of 2014. The 13.22-carat diamond was rated as internally flawless. The Winston Blue is a pear-shaped fancy vivid blue diamond that sold for $1.8 million per carat. The final sale price of this stunning piece was just under $24 million.

What other blue diamond would you add to the list? Do you have a favorite? Let us know! And as always feel free to follow us on Twitter and LinkedIn.

For more reading about colored diamonds, see the links below: