Arpege Diamonds continues its search for some of the world’s most famous diamonds in history. Its latest installment of the Famous Diamond Series is the legendary Oppenheimer Blue. 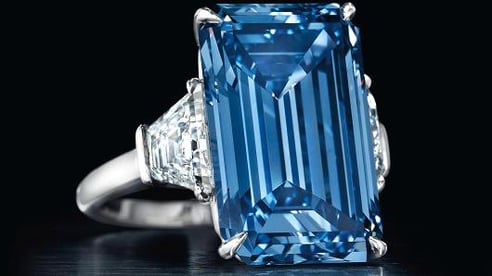 In recent years, a few rare blue diamonds have set records in the fancy colored diamond market. In fact according to 2017 Q4 reports by the FCRF, we can see that the blue diamond category has been performing exceptionally well, gaining 2.6% in value over Q3 and a massive 5.9% over 2016 Q4. However its not just the last 2 years; in our article “What Have We Learned From The Past Of Colored Diamond Investments” we saw that blue diamonds have been steadily appreciating over the last 2 decades, and with demand soaring and supply being scarce, it is safe to assume that this trend will continue.

The Characteristics of the Oppenheimer Blue

The Oppenheimer Blue is one of the most captivating (and one of the most recent) blue diamonds to be presented at an auction. This rectangular cut,14.62-carat, fancy vivid blue diamond has gathered significant attention not only for its size, but also for its saturation, as it has been given the highest possible color grading achievable by a colored diamond by the GIA. 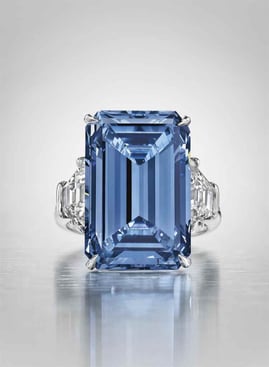 It is therefore no wonder that the Oppenheimer has been nicknamed the “gem of gems” by investors and collectors, seeking to get their hands on this rarity of nature.

As with many other famous diamonds, ownership plays a key role in the value of these gemstones. No different is the history of the Oppenheimer Blue, which was once owned by one of the most powerful families of all time. The Oppenheimer empire began with Ernest Oppenheimer, who left Germany at an early age to work as a diamond broker in London. He was later sent to Kimberly in South Africa as a buyer who saw great potential at the world’s largest diamond deposits. 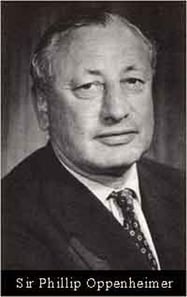 Years later, with the help of John Pierport Morgan, he founded the Anglo American Corporation of South Africa Ltd., which enabled the control of the De Beers Consolidated Diamond Mines. In the early 1900s these mines controlled the supply of the diamond market worldwide, resulting in diamond prices to rise steeply. After the business was passed along to family members, eventually the family’s share of De Beers was sold. 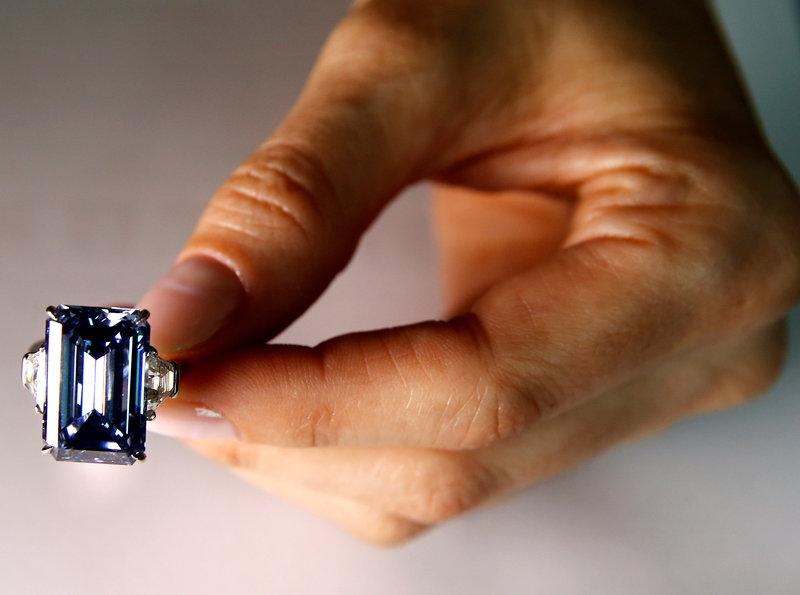 At one point, the family had unlimited access to some of the world’s largest diamond deposits such as the Premier Mine, where the Oppenheimer Blue is believed to have originated. The rare blue diamond was named after its previous owner, Sir Phillip Oppenheimer who owned the diamond up to the 1990’s when it was then sold to a jeweler at an undisclosed amount.

The Oppenheimer Blue was the showcase piece during Christie’s Geneva, Magnificent Jewel sale in May of 2016. The diamond’s color, clarity and size, along with its historic background, initially led to a pre-auction estimate of $38-$45 million.

The stone not only managed to greatly exceed its high pre-auction estimate, it surpassed everyone’s expectations and set a new record for the most expensive colored diamond ever to have been sold at a public auction up until that time, with a hammer price of approximately $58 million. 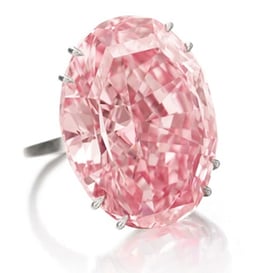 Despite its title of most valuable colored diamond being short lived (ultimately being dethroned by the Pink star in April of 2017) the Oppenheimer Blue is a true work of art, worthy of the title “Gem of gem”, and for that reason it will have a permanent place in history, and in anyone’s diamond hall of fame!

Which is your favorite blue diamond? Are there any interesting facts about the Oppenheimer Blue we missed? Let us know! And as always, feel free to follow us on Twitter and LinkedIn!

For more of Arpège Diamonds' Famous Diamond Series see the links below: