With their vibrant colors and breathtaking beauty, fancy colored diamonds have long been the centerpiece at auctions and museums. There is one category of gem however, that is a bit less "prevalent"; pure black diamonds. 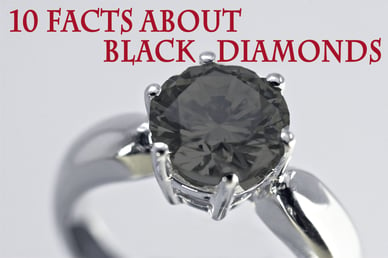 Once thought to be an ancient curse, black diamonds have an interesting history. Did you know any of these 10 facts about black diamonds?

Black Diamonds Are Also Referred to As?

Black diamonds are also referred to as “carbonados diamonds”. This term was coined by the Portuguese for the way black diamonds look, burnt or carbonized in appearance, like porous charcoal. 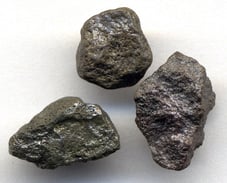 Where Are Black Diamonds Found?

Larger black diamonds are actually made up of millions of other smaller black crystals. Traditionally, diamonds are a single, solid stone, but black diamonds are bound together by internal inclusions that hold millions of smaller pieces together. This is known as a polycrystalline structure and it is what gives them their color and also the reason why spots can appear dark grey.

Black diamonds are considered either as a curse or a blessing, depending on where you are. In ancient Indian culture, black diamonds were considered cursed because they resemble the color of a spider or snake’s eyes. The parable was even adopted as the representation of Yama, the god of death. However, in Italian culture black diamonds can be seen as a sign of reconciliation. Italians believed that touching a black stone would bring them good fortune in their marriage and would help pass any martial issues.

Why Are Black Diamonds More Difficult to Cut?

Black diamonds are a carbon isotope, meaning the posses the same chemical element but have different atomic weight and physical properties, maybe a reason why black diamonds are more difficult to cut than other colored diamonds.

How are Black Diamonds Made? 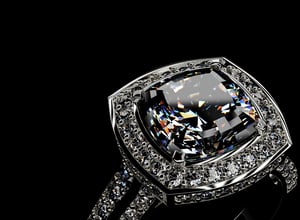 How Tough are Black Diamonds?

Black diamonds are tougher than any other diamond. They are a 10 on the Moh’s hardness scale and their dense polycrystalline structure makes them more difficult to cut and polish than colorless diamonds. 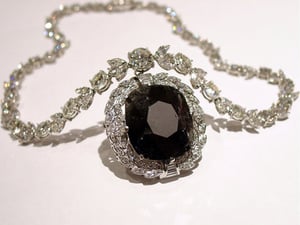 One of the most famous black diamonds is the Black Orlov, a 67.5 carat diamond, which is thought to be cursed after several owners have met an unfortunate end while having the diamond in their possession.

And there you have it. Are there any black diamond facts you think we missed? Did you have any questions? Is there something you want us to add more detail to? Let us know! And as always feel free to follow us on Twitter and LinkedIn.

For more reading on diamond facts, see the links below: