It feels like it’s been ages since we last covered a historic diamond, so let’s get back to it with a bang. This time we will be looking at the famous Sancy Diamond. The history of this precious Pale Yellow stone dates back to about 1570, and its believed that its discovery took place even before that. It is said that “Le Beau Sancy Diamond,” (as it is often referred to), belonged to Charles the Bold, Duke of Burgundy. Upon his passing in 1495, the gem was passed on to his cousin, King Manuel I of Portugal.

Before we begin, note that there is a second diamond with the same name (Le Beau Sancy Diamond,) which is a modified pear, double rose cut, 34.98 carat stone that was sold at Sotheby’s 2012 Geneva auction for upwards of $9.5 million. This diamond is equally famous, having been owned by a number of important figures throughout history.

The Sancy diamond is named after its very first owner, Nicolas de Harlay, de Sancy, (who, interestingly enough, was also the original owner of Le Beau Sancy diamond we mentioned earlier.) While how he came into the possession of this stone remains a mystery, there are two theories that stand out the most.

The first is that D. Antonio, Prior of Crato, took the crown jewels and fled Portugal when it was threatened by Spanish rule. It is said that he then spent the rest of his life trying to persuade allies; pleading for the restoration of the Portuguese throne, but to no avail. Eventually falling into poverty, he sold the last of his diamonds to seigneur de Sancy. 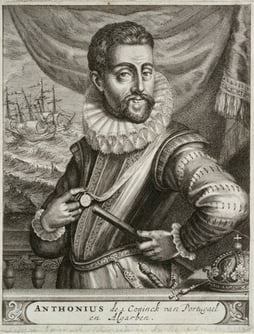 Another, less detailed theory has the stone being purchased by de Sancy in Constantinople by a Turkish jeweler. Whichever the case, the truly breathtaking, Pale Yellow gem made its way to the hands of this historic figure and still bears his name today.

Through its history, the Sancy diamond has been associated with numerous famous personalities. One such example was Henry IV to whom Nicolas de Harlay lent the stone in exchange for a high ranking position in the state. However, on its way to Henry IV, de Harlay’s messenger was late, which started to arise suspicion. 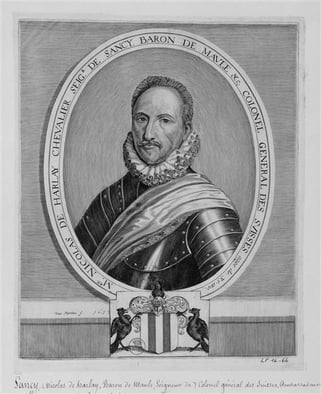 It would later turn out that the man was caught, robbed, and killed; but hope was not lost. De Sancy was convinced that the messenger he had hired to carry the diamond to the king was loyal, and initiated a search to find his body. Upon his body’s discovery, an order to perform an autopsy was issued, and surely enough the diamond was found in the messenger’s stomach; turns out he had swallowed the stone to keep the robbers from stealing it.

De Sancy sold his famous diamond to James I around 1605, who ultimately set the stone into the Mirror of Great Britain, an important jewel marking the union of the Scottish and English Crowns. The piece was short-lived, ultimately being dismantled and pawned off. In 1654, the Sancy found its way back to France, as it once again became part of the French Crown Jewels.

Unfortunately, the Royal Treasury was raided during the French Revolution. The Sancy, the Hope, and the Regent were among the stones that were taken. 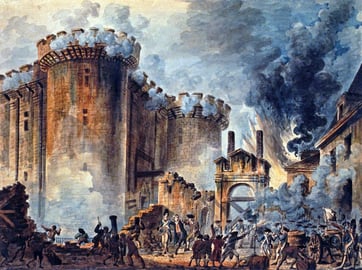 The diamond ultimately resurfaced in 1828, when it was purchased by Prince Demidoff of San Donato. It remained in the Demidov Family Collection until 1865, when it was sold to an Indian prince, Sir Jamsetjee Jeejeebhoy. Just a year later, the prince decided to sell the stone to an unknown buyer; it was during that time that the stone would vanish from the public eye once again.

In the Hands of the Astor Family

It was not until 1867 when the Sancy Diamond resurfaced but only for a short while. The stone was put on display at the Paris Expedition, with a truly massive 1 million franc price tag. It was during that time that the stone was bought (by an individual unknown even today) and vanished from the public domain for another 40 years.

Eventually, the Sancy diamond appeared again in 1906, when it was purchased by the first Viscount Astor,  William Waldorf Astor, as a wedding gift for Lady Astor, who would go on to proudly wear it on her tiara. The stone would remain in the hands of the Astor family for 72 years and was even loaned to the Louvre for public display. The stone would ultimately be sold to the museum by the fourth Viscount Astor, during 1978 for $1 million.

Today, you can find this historic stone by visiting the Louvre, where it can be seen resting in the Apollo Gallery, alongside other famous diamonds such as the Regent and the Hortensia. 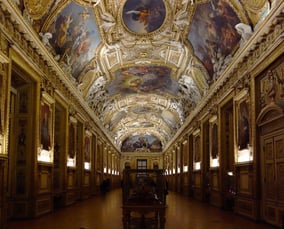 If the Sancy diamond would be sold at auction today, its incredible history and truly breathtaking beauty could warrant a price tag easily located in the tens of millions. It is without a doubt that this stone is worth a king’s ransom.

What is your opinion on this historic stone? Do you have any questions? Let us know! And as always, feel free to follow us on Twitter and LinkedIn

more reading on colored diamonds, see the links below: