Diamonds not only symbolize wealth and power, but are also the common symbol of love and devotion. In five thousand years of recorded history, many diamonds have been discovered. However, there may be no greater period for diamond mining than the last 200 years. Even in just the last 60 years, some of the largest mines have been discovered. 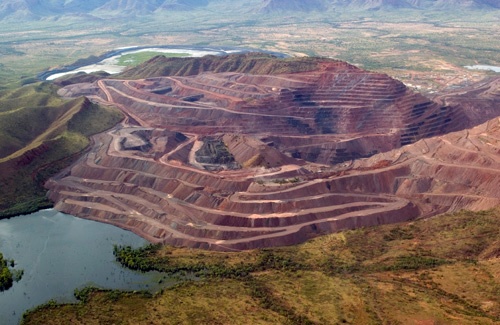 Diamonds are Forever, Mines are Not

Mines have finite resources and as they age, surface operations are eventually depleted. In order to extend the life of the mine, the next step is often to move to underground mining. This process is lengthy and adds significant expense to the cost of production.

A good example of a mine converting to underground operations is shown by the Venetia mine in South Africa. This operation started in 2013 and is estimated to take about a decade. Even then, the mine is only expected to extend its life for another 25 years while extracting fewer stones at higher cost. The Venetia was originally opened in 1992, giving this mine a possible lifespan of less than 60 years.

Another important fact we should keep in mind is that exploration and development costs are extremely expensive, (billions of dollars). Oftentimes, the diamonds found resulting from these explorations may not be commercially viable at current levels of mining technology.

In 2008, diamond exploration expenditures reached a high point with over $1 billion being spent worldwide to find new resources. The industry took a hit with the start of the recession causing expenditures to plummet to only $370 million. The good news is that these numbers have begun to rise again slightly in recent years.

Is the Effort Worth the Cost?

Rare colored diamonds such as pink, red, blue, green, and now even yellow are reaching great heights in the marketplace with investors making them as an asset class all their own. This may be due to the depletion of diamond resources. Rio Tinto’s Argyle mine in Australia, which is the source of more than 90% of the world’s pink diamonds, is projecting 2020 as the point in which that mine ceases production. This announcement came after the mine had started undergoing processes to be extended underground.

DeBeers states that while mining companies are expected to continue exploration, the probability of striking a major find is low. Just one in seven (approximately 1,000) Kimberlite pipes in the last 140 years have been diamondiferous. Out of these 1,000, only 60 have been deemed economically viable to proceed into development. The depletion of resources has led to DeBeers commissioning a 113 meter, first of its kind, diamond exploration ship to search for diamonds in the waters off Namibia.

The ability to find and develop new resources for colored diamonds is under duress. Between the costs of working aging mines, exploration of new sites, development, and production; diamond mining companies are facing great pressure to find new sources while trying to cut capital costs at the same time.

Although there is no definitive answer for what the future holds, as long as the market is lucrative and technology is advancing to new heights, companies will continue their search for new methods of exploration.