Arpege Diamonds is proud to present the tale of the Black Orlov diamond. Would you hold in your hands a cursed diamond which boasts an ominous warning of death? Is this story too strange to be true? Or do you believe this diamond is really cursed?

The 67.5 carat Black Orlov, is a historic black diamond that dates back to the 19th century. Its history begins in India with stories surrounding a curse attached to it, resulting in theft and even death.

Stories passed on over the years state that this mysterious gem was once named “The Eye of Brahma." It is believed that the Black Orlov diamond once belonged to a statue of a Hindu idol in the city of Pondicherry, India. The black diamond likely served as the dark eye of the statue, posing a dark "gunmetal" hue. According to folklore, the diamond was stolen by a monk, which began the curse behind this dark and mystifying stone. 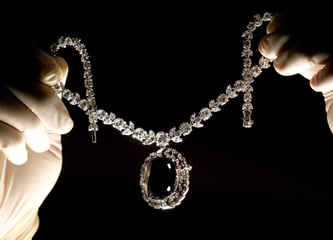 During the Russian revolution in the 1900s, Princess Nadia Orlov escaped to Italy for safety (like many other royal families of the time.) She was forced to sell her jewels in order to pay for her escape. It was then, in 1947, when Princess Nadia jumped to her death from a building committing suicide for unknown reasons. After this tragic incident, it became known that the princess was the owner of a rare black diamond. After her death, the stone became known as the Black Orlov. 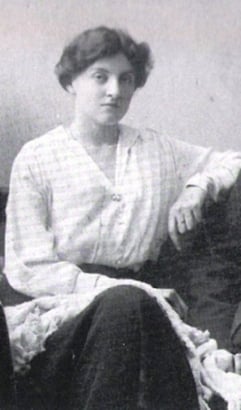 Princess Nadia wasn't the only royal victim of the diamond's supposed curse. Princess Leonila Viktorovna-Bariatinsky acquired the black diamond sometime in the early 20th century and similarly jumped to her death in the late 1940's. Speculation continues that shortly after that the death of the second princess, the curse of the diamond also took the life of JW Paris, a jeweler who imported the diamond to the United States. Just like the others, he allegedly leaped to his death from a tall building.

In the 1950s Charles F. Wilson, a diamond dealer, acquired the cursed diamond. At that time the Black Orlov was valued at $150,000. In an attempt to end the curse, Mr. Wilson had the gem cut into three different pieces with the largest being mounted as the centerpiece of a platinum diamond necklace. Since the remounting of the stone, ownership of the diamond has passed through several hands, none of whom have come upon ill-fate. 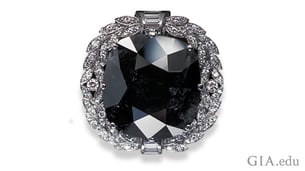 In 2006, at a Christie’s Auction in New York City, the Black Orlov was reportedly sold to an unknown buyer at an estimated $360,000. Although the diamond has been displayed at The American Museum of Natural History both in New York City and London, its current location remains a mystery.

Though many are skeptical about whether the curse of the Black Orlov is true, its existence, history, and value are indisputable. The alluring history of the Black Orlov has only added to the interest among jewelers and collectors, making it one of the most famous diamonds in history.

Did you have any questions? Is there something we missed? Let us know!  And as always feel free to follow us on Twitter and LinkedIn.