What is a Blocked Stone in a GIA Report?

Although rare, there have been instances when the GIA will issue a report that will include a very distinct term, a term that is not seen on general official reports for colored diamonds.

The term we are referring to is “blocked stone.” Have you ever seen this on one of your reports? Have you ever wondered what this might actually mean? Let’s dig in together and find out.

For those who are wondering “why not just look at the key/explanation section of the report to find out?” Well, the GIA does not attach explanations for these kinds of reports; in fact such reports are extremely rare. The reason? They refer to rough stones.

Yes, rough diamonds. Not many are aware of this, but the GIA also inspects, studies, and issues reports on diamond roughs. These stones are usually sent by manufacturers rather than end consumers and investors however. This occurs when the color of a rough is in doubt, so an official analysis by an institution is needed to conclude on an acceptable deal.

The above reports are known as “Identification and Origin Reports.” In these, the GIA provides a general overview of the diamond’s color using the term “transparent diamond.” This is used in order to distinguish between a gem quality rough, and an opaque industrial rough. In other words, it will state if the stone is natural or manufactured.

The other features we are used to seeing on our reports such as Clarity, Fluorescence etc. will not be mentioned here as the stone is still to undergo intense physical transformation. 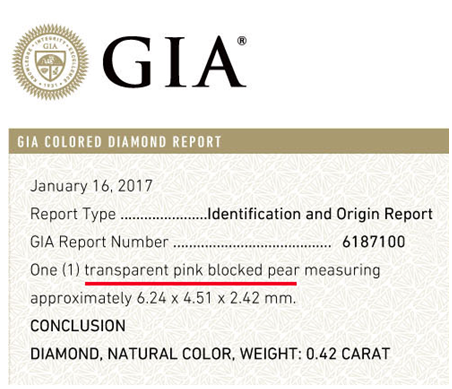 So what is a Blocked Stone?

This term was invented decades ago by diamond cutters. It was essentially used to describe the state of a polished diamond right after removing all the rough's unpolished “skin” and placing the major facets. At this stage the stone no longer looks like a rock, but it resembles a block of ice. 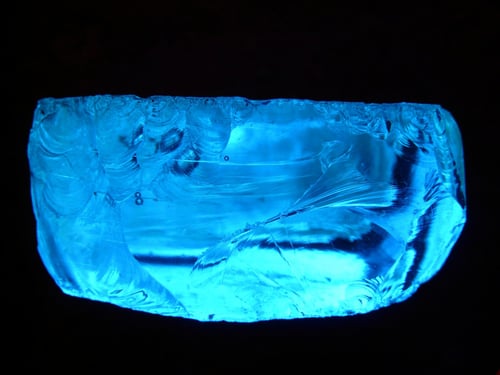 In essence it is close to its “final form,” it just lacks the “Brillandire” facets that give a diamonds its characteristic sparkle, or brilliance.

Despite this stage still being considered “intermediate,” it is still referred to as a rough that has been “blocked.”

Quick Note: Diamonds that have been given this characterization and report are not end market products, and are thus not qualified for trade.

And there you have it. That is what is known as a blocked stone. Have you ever come across this kind of characterization? Do you have any further questions? Let us know! And as always, feel free to follow us on Twitter and LinkedIn!