The Most Famous Blue Diamonds in the World

They say that the colors have emotional attributions to them. The color blue denotes intelligence, trust, and serenity, among others. The true science behind color and emotion is complicated, but most can agree that blue is one of the most dominant colors. This is particularly true when it comes to diamonds. 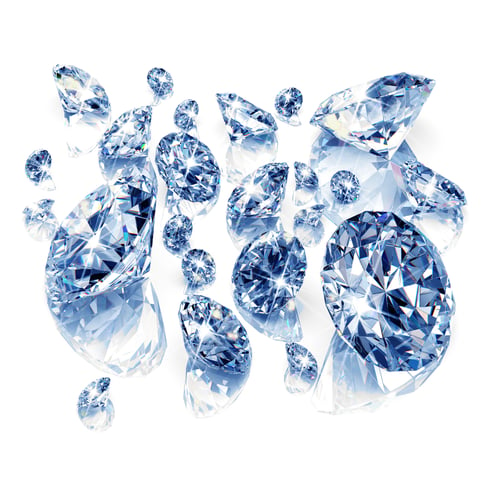 There is much debate among the scientific community regarding how diamonds get their color.  In order for gems to exhibit the color blue, it is thought that the element boron must be present in even the most minuscule amounts.

Diamonds have always been a popular choice for those who can afford the finer things. Colored diamonds are no different, and blue diamonds have a long and interesting history of popularity. Here are a few of the more popular blue diamonds that have been discovered.

In 2015, the 12.03-carat ‘Blue Moon’ diamond was sold for over $48 million at auction. At $4 million per carat, the Blue Moon diamond is one of the most expensive diamond per carat ever sold. The diamond was discovered in 2014 at the Premier mine in South Africa and demonstrates the highest possible color grading for blue diamonds. This means that it is free of any inclusions or scratches. The Gemological Institute of America (GIA) has even labeled the Blue Moon Diamond as internally flawless, a perfect clarity grade. 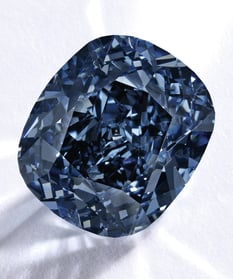 Another diamond that was recently determined to be from the Premier mine in South Africa is the Blue Heart Diamond. The origin was a mystery until a group of scientists from the Natural History Museum of the Smithsonian Institution concluded the diamond was a descendant of South Africa.  In 1910, Mrs. Unzue purchased the Blue Heart diamond from Cartier just two years after it was discovered in 1908. It is a 30.62-carat stone, and the largest heart-shaped diamond in the world. The GIA rates this diamond with a clarity grade of VS-2 (very slight inclusions), and it is arguably one of the prettiest diamonds in the world. 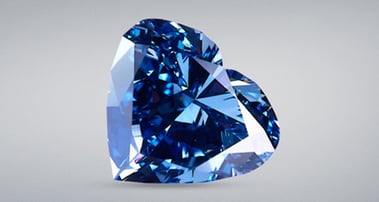 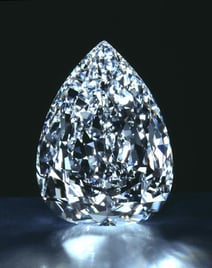 The Blue Hope Diamond might not be labeled as flawless, but it is one of the most stunning gems in the world. It is a 45.52-carat stone that was found in India. Folktales say the diamond has been cursed for being stolen from the eye of a scared Hindu Goddess Sita. An assortment of owners through history have experienced tribulation while owning this gem. Surprisingly, this wouldn’t be the first time a diamond was infamous for being stolen from a religious statue. Today, the gem is part of the National Gem Collection and holds an estimated value of $250 million.

India is one of the largest producers of natural colored diamonds in the world. Much like other famous diamonds on the list, the Wittelsbach-Graff Diamond originated from the Kollur mines of India. It weighs 31.06 carats and is labeled internally flawless by the GIA. The diamond is currently owned by the famous jeweler Laurence Graff of London, and holds value at over $80 million. 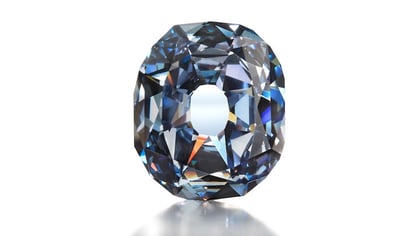