An extremely rare and valuable pink diamond weighing 23.16 carats has been recovered by Petra Diamonds Limited from their Williamson mine in Tanzania, Africa and sold for US$10,050,000 million or US$433,938 per carat. Petra described the rough pink diamond as outstanding in color and clarity and its most significant recovery ever from Williamson. It sold at Petra’s December 2015 tender in Antwerp. 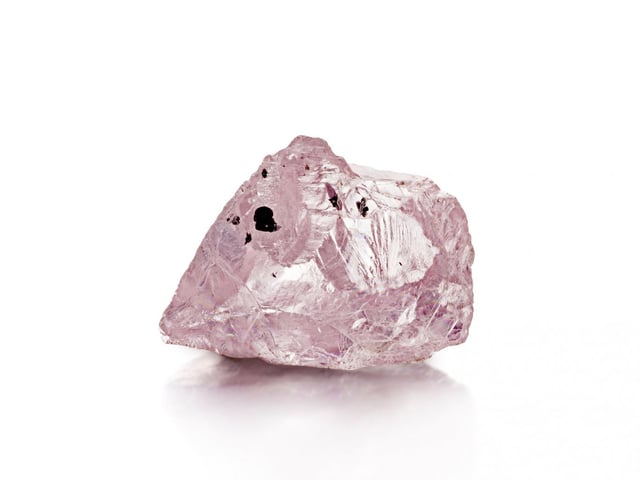 Rare Find in Africa
Pink diamonds of any size and quality are rare and can only be found in a few mines worldwide. Approximately 90 percent of pink diamonds are mined in Australia. Finding such an enormous and exceptional pink diamond of this quality in Africa is an extremely rare occurrence that made worldwide news when it was discovered in November 2015. The Williamson Mine is one of the few producers of “bubblegum” pink diamonds that are considered to be gem-quality. In September 2014, Williamson recovered a 16.4 carat pink diamond that sold for $2.2 million.

"This sale result affirms that the market for high quality colored diamonds remains robust,” Johan Dippenaar, CEO of Petra said. Although the Williamson mine occasionally recovers a pink diamond, he said finding one of the size and quality is seldom heard of. The news is promising for the investment value of pink diamonds and for the mine which plans to increase production and processing.

Scarce Investment of Limited Supply
Due to their scarcity and beauty, pink diamonds are the most highly coveted of all colored diamonds making them a sound investment that appreciates rapidly, paying handsome profits to investors lucky enough to find them and smart enough to buy them. The world’s major source of pink diamonds, the Argyle mine in Australia, is said to be in its final few years of production. Once the mine closes, the supply of pink diamonds will be extremely limited. Even esteemed auction house Christie's reports only three pure vivid pink diamonds weighing more than 10 carats to have ever been sold there in almost 250 years.

The color of pink diamonds is natural and varies from light to dark similar to the color variations of other diamonds. Experts believe that the pink color is caused by seismic shock that alters the stone’s molecular structure during its creation. Scientists think that it resulted in an atomic-level lattice defect that absorbs light in the visible region of the spectrum. More research is currently in effect to determine how pink diamonds obtain their color.

‘Williamson Pink’ Diamonds
The Williamson mine is an open pit mine located in the Shinyanga Province in Tanzania and has been in continuous mining operation since 1940. Williamson produces high quality diamonds, two of the most famous being 'Type II' white goods and 'bubblegum' pink diamonds. In October 1947, a 54 carat rough pink diamond was recovered at Williamson and named The 'Williamson Pink'. It was one of the finest pink diamonds ever recovered. At the time, the mine was owned by Dr. John Williamson. The pink diamond cut into smaller stones and made into a brooch by Cartier in 1953. Williamson gave the diamond to Princess Elizabeth in 1947 as a wedding present.

For more posts on Diamond Tenders click the links below: