July brought some exciting articles and auctions to the colored diamond world. Not to worry if you missed any of these pieces, Arpege Diamonds is here to recap the important diamond news from the month of July! 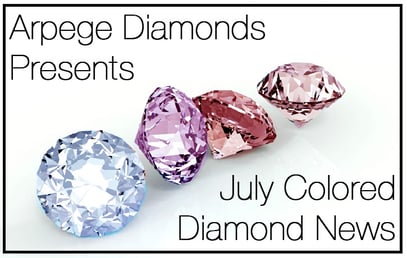