If you are a diamond enthusiast and live in the US, you will have the opportunity to experience 4 extremely rare and breathtaking pieces that will be displayed in the “Gem and Mineral Hall” of the Museum of Natural History in Los Angeles, CA.

Organized in partnership with L.J. West Diamonds, the “Diamonds: Rare Brilliance” exhibit will be available for all to admire from December 16, 2016, through March 19, 2017. 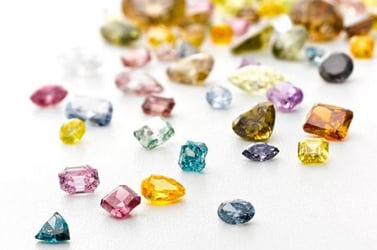 In addition to displaying and paying tribute to some of nature’s most magnificent precious stones, the exhibition aims to educate visitors regarding the rare properties of colored diamonds, the science behind their unique characteristics, and how the interaction of chemistry and light results in such brilliant hues. 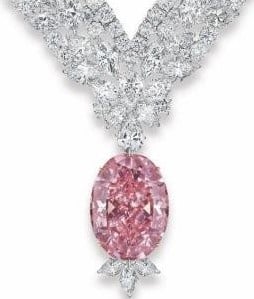 The center piece of this exhibition is an oval cut, Fancy Intense Pink diamond with a VVS2 clarity grade. Originally an estimated 90 carat rough from South Africa, the stone was cut down to a still noteworthy 30.03 carats and was eventually set in a brilliant necklace with pear, marquise, and round-cut white VVS E-F clarity diamonds. The final product is a truly breathtaking piece weighing in at 98.70 carats.

The diamond itself has received an IIa grading from the GIA for its remarkable clarity and lack of nitrogen impurities. Its sheer size and intense color grading constitute this diamond a very important and rare discovery not only for collectors and enthusiasts, but also for gemologists wishing to study such specimens. 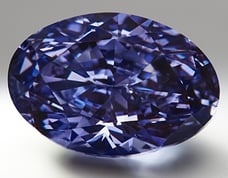 Named after the Argyle Mine in the Kimberly Region of West Australia, the Argyle Violet is among the rarest diamonds ever to be found, possessing a truly unique “Fancy Deep Grayish Bluish Violet” color grading. There is no other diamond that holds the same combination of hues, clarity, and size. Further, the stone was given an IaB grading from the GIA, signifying a diamond that is rich in hydrogen and nitrogen.

Originally a 9.17 carat rough diamond, the Argyle Violet was the largest violet stone to have ever been unearthed from the mine and it took more than 80 hours for it to be carved and polished to the truly magnificent oval cut 2.83 carat stone that headlined the 2016 Argyle signature tender.

For the exhibition, the stone has been set in a designer ring surrounded by beautiful Argyle Vivid Pink Diamonds.

The Rainbow Necklace is a truly brilliant piece featuring over 100 rare, radiant cut, naturally colored diamonds. These stones range in size from 0.4 to 0.8 carats and include colors such as blue-gray, green-yellow, orange-pink, purple-pink, and brown-orange.

The collective 35.93 carats are set in a custom made, one of a kind, white gold, arch necklace weighing 18 karats. This truly remarkable piece took over 5 years to create, and for good reason; assembling such a large number of already rare stones that had the same cut and size is an extremely time consuming (and miraculous) feat.

It should be noted that the diamonds mentioned here contain hydrogen, nitrogen, or nickel impurities causing them to exhibit fluorescence. While there is some controversy regarding fluorescent diamonds, in this instance it is a truly magnificent sight which visitors will be able to experience as the necklace will be showcased under UV lighting. 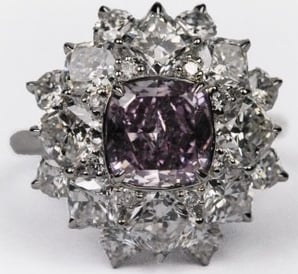 Despite being the smallest piece in the exhibit, it is certainly not the least important. The Victorian Orchid is a cushion cut, 1.64 carat, Fancy Vivid Purple diamond with an SI2 grading by the GIA.

This diamond is believed to be among the rarest in the world due to its unique hue and size. Gemologists believe that the formation of purple colors is more closely related to that of pink and red diamonds, and have been historically though to have originated from Russia (there are however newer finds from the Argyle Mine).

Advice for a Diamond Enthusiast

If you live in the western United States (or are willing to travel), you owe it to yourself to visit this never before seen exhibit and explore the rest of the Gem and Mineral Hall. For those unfamiliar, the hall first opened in 1978 and is one of the world’s finest permanent exhibit halls for gems and minerals spanning 6000 square feet.

Aside from the Rare Brilliance exhibit, you will find that the hall houses a grand selection, displaying over 2,000 brilliant pieces within two large galleries. As a whole the Museum provides more than 150,000 specimens and is the largest in the western United States.

All in all, as diamond enthusiasts ourselves, we would definitely recommend a visit to the NHM of LA, it will not only provide a feast for the eyes, but it will also provide interesting scientific facts to further your understanding of these truly magnificent precious stones.