The "new normal" created by the Coronavirus has ushered in a period of economic uncertainty the world has not seen for many decades. So naturally we realize that, "this too shall pass," as it certainly will. However while we wait, we are wondering about how long it will take, how to protect our wealth during this turbulent period and of course, how to spot investment opportunities that exist during challenging times.

Well, the best lessons are those learned from history. So, what can we learn that will help us move forward?

During periods of great uncertainty, there are always opportunities... if we know how to identify them, if we know where to look for them and... if we are not preoccupied by all the distractions around us.

In this article, we are going to explore what to look for in terms of opportunities... and what we might find is that there are proverbial "diamonds in the rough" all around us.  They may not be glaringly obvious today, but those with the right vision will benefit significantly tomorrow.

...and we have a unique story to share that highlights this.

The first big economic uncertainty this century occurred with the 9/11 Terrorist attacks.  Those attacks shut down the economic center of the United States in September 2001.  The effects of those dark days created a very uncertain period that culminated in a recession.

Now also during those dark days, there were opportunities all around if we knew what to look for.  Let's take a look at a story about a rather minor sports collectible measuring only 2.5 by 3.5 inches that existed at that time and see what happened to it.

Many of you no doubt have heard of Ichiro Suzuki.  He moved from Japan to America and on April 2, 2001 he took his first at-bat in the big leagues. During 2001, he was featured on a number of baseball cards and while he was technically a "rookie," his prowess in Japan was so well known, he was in effect a star from day 1.  Thus, star cards like his fetched a bit of a premium but let's put that into perspective.  His best card of the day, a 2001 Bowman Chrome Gold Japanese Refractor, if found, could be purchased for something in the tripe-digit dollar range.

The 2001 baseball season took a pause after 9/11.  The cards were still available but they certainly weren't top of mind to anyone at that point.  When baseball resumed, Barry Bonds crushed the yearly home run record and Ichiro was named "Rookie of the Year."

...and here's where knowing what to look for during times of uncertainty could offer significant dividends.

What Can We Learn from an Ichiro Suzuki Gold rookie card?

The expression "finding a diamond in the rough" is not just about stumbling on something rare, interesting, and expensive. It's about being able to find something as it's occurring, before it becomes so valuable, because as we said before, nothing last forever...

Ichiro was a star in 2001. That much is true but how many people followed the "bread crumbs" that identified this particular card to be so rare, it could be worth over 6-figures today?

To begin with, Ichiro was an immediate and iconic star.  The Bowman Chrome series identified him as such and created a very limited "parallel" card called a gold refractor.  There were only 99 made and this was well known to anyone who was interested to look.

Of the 99, to provide a tribute to Ichiro, 50 were made in English and 49 in Japanese. Furthermore, these weren't released as "cards you'd find by opening a pack."  While you could open a pack and ultimately get this card, you would only find it as a redemption card, meaning you literally got an "IOU" to get the card.  If you opened a pack and got this "redemption card," you would have to submit this card for redemption.  ...and here lay the next point.  The deadline to send these cards in for redemption was June 30th, 2003.  Thus, an iconic player, who had a scarce card, made scarcer to accommodate his global fan base came with a deadline for finding it. These "bread crumbs" were visible to anyone who looked, but almost no one did.

Continuing with this story, since the redemption period ended years ago, whatever currently exists is all that will ever exist.   Now there is one more piece to this story and that is the condition of the card.  Finding a Gem Mint Gold Refractor, one in PSA 10 condition is very rare; in fact, almost impossible.  There has only been 1 Gold Japanese Refractor that has received a grade of PSA 10.  Now fast forward 20 years and Ichiro’s global appeal has only grown in both in the US and in Japan, thus demand for his collectibles are not just in North America, they extend globally to Asia as well.

So how much is an Ichiro Suzuki rookie card worth?

Well considering there is only 1 PSA 10 cards that exist, there is no definitive price, but there are a lot of correlating data points to help value it

First, let’s look at some other baseball rookie cards for comparison.

With Ichiro’s card arguably being rarer than those above, it would be safe to say that its real value is cemented in the 6 figure range. Finite supply, exceptional condition, and increasing demand can only drive the value of this item up... and this could have been purchased for a few hundred dollars back in 2001; all the signs pointed to its value, but we had to be looking for it to find it.

...and that takes us all the way back to colored diamonds today.

What does the story of the Ichiro Suzuki card remind you of?

We established that finding a "diamond in the rough" means to find something that might not seems as such now, but will hold immense value in the future.

If you’ve been following our blog or keeping up with diamond industry news, you might've seen us stress that pink diamonds, particularly Argyle Pink diamonds, are the proverbial "diamonds in the rough" of these turbulent economic times.

Similar to the collectible baseball card above, the window to acquire pink diamonds is getting smaller by the minute, and in the case of Argyle Pinks, it will be completely gone by the end of 2020.

The Argyle Mine in Australia is the premier supplier of naturally colored pink diamonds. The mine is not only responsible for producing over 90% of the world’s pink diamonds, it is also famous for bringing us some of the most beautiful colored stones with a hue unrivaled by any other. The Argyle Mine is nearing the exhaustion of its resources and according to official statements; it will cease operations by the end of this year. 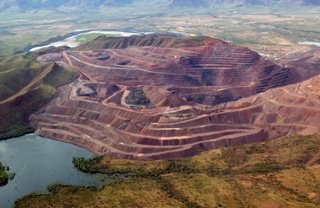 Another thing worth noting is that the Argyle Pink diamonds could only be acquired through the Argyle Tender. This exclusive tender hosted once a year only offered the rarest and highest value stones the mine had produced during that year. With the mine nearing its closure, it is likely that these tenders will also cease to exist.

Pink Diamond Value Only Going Up

Speaking of the Argyle Tender, Rio Tinto (owner of the Argyle Mine) stated that each tender during recent years has been steadily outperforming the last, not only in terms of value, but also in terms of people wishing to attend, and bidding aggression.

The scaling of pink diamond value does not stop with Argyle Pinks. Globally, pink diamonds have been showing a steady increase in value, especially during the last decade, but why?

From the graph below we can see that pink diamond value quickly escalated around the time of the 2008 economic recession. Investors became aware of the immense potential of pink diamonds to act as a safe haven for wealth, especially during times of economic uncertainty. As a result, colored diamonds (and pink diamonds in particular) became an excellent alternative investment among popular treasure assets (like precious metals and art).

History has shown that pink diamond value has gone up and remained stable, making them a great safe haven for wealth retention and security. But that’s not all. There is a great chance that prices for these diamonds will rise even higher, but unlike those who missed their chance to redeem an Ichiro rookie card back in the early 2000’s, you are now armed with the information you need to make an educated move before it’s too late.

So how would you find today's "diamonds in the rough"? Because it's in your best interest to be able to identify them today, and generate security and appreciation for your wealth tomorrow.

We stand ready to work with you!

With over 50 years of combined experience, Arpège Diamonds strives to provide industry leading insight, stay on top of the latest trends, and provide high quality colored diamonds to all our customers. If you would like to get some additional information regarding colored diamonds or if you are in the market to purchase one please feel free to schedule a meeting with one of our leading professionals and we would be happy to talk with you. 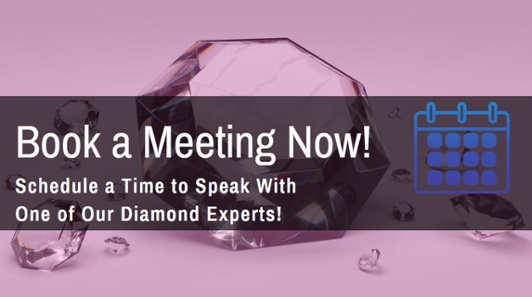