What Is A White Diamond?

During the past 2 decades, colored diamonds have steadily been breaking records at auction houses with pinks, blues, reds, and greens turning the head of investors and collectors alike. There is one category that has not gotten the attention it deserves, white diamonds. Yes, white (not to be confused with colorless). Let’s try to understand more about the remarkable hue. 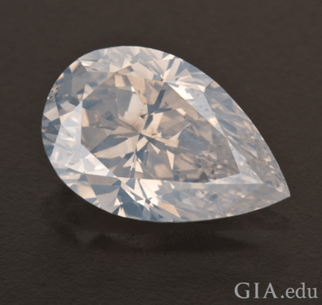 In this article we will be focusing on answering:

What is a Colorless Diamond?

White is often a term that is considered identical to colorless stones but in actuality, white diamonds do not fall into GIA’s D-to-Z color scale. Here, the range of hues can span from having slight tints of yellow, gray, or brown, all the way to D, which refers to a stone that is so clear it can be compared to a drop of water. Unlike colored diamonds, the rarity (and therefore value), of these stones is based in part on the complete absence of color.

A White Diamond is Not Colorless

As we saw above, white diamonds are not graded according to the GIA’s D-to-Z color scale simply because they are not colorless; they are white. While this might sound confusing to many, white is actually a color, and it contains all visible colors of the spectrum (as opposed to black which is the complete absence of color.)

Since “white” is not a color, but rather the sum of all colors, it doesn’t appear on the color spectrum.

So What Makes a White Diamond White?

Similarly to most other colored diamonds, white diamonds get their color from the presence of sub-microscopic inclusions. These inclusions cause the light that passes through the stone to scatter, giving it a translucent “milky” white face-up appearance. 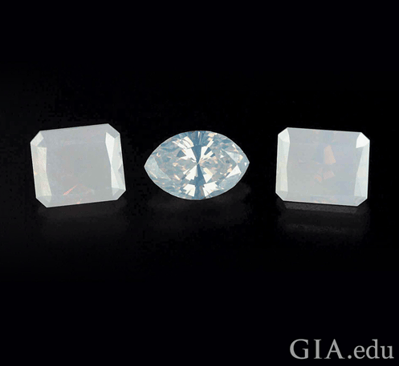 Sometimes white diamonds might illustrate flashes of color that can most commonly be seen when the stone is facing upwards. Such stones are often referred to as “opalescent,” as they are reminiscent of a white opal with weak play-of-color.

A great example can be seen in the image bellow where we can see a beautiful collection of Brazilian opals. To the far right, the bluish white and white opals bear the milky translucence and weak play-of-color reminiscent of some white diamonds. 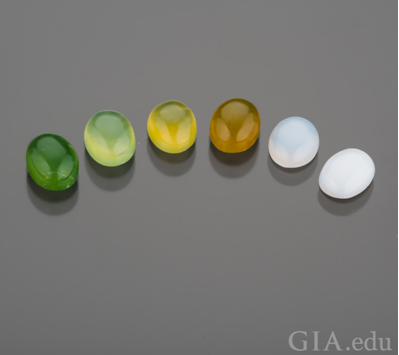 Where Can White Diamonds Be Found?

According to the GIA, there is not a great amount of information about these beautiful white gems because they are not very frequently submitted for evaluation. The few that they have received and examined seem to originate from the Panna Mine in India.

Do you have any questions? Let us know! And as always, feel free to follow us on Twitter and LinkedIn!

For more insight on colored diamonds, be sure to check out the links below!