The Most Expensive Earrings Ever Sold

On May 16, the Mandarin Oriental (Geneva) hosted Sotheby’s spring sale of Magnificent Jewels and Noble Jewels. Sotheby’s auctions are known for presenting breathtaking pieces and this year was no exception. Both Sessions were filled with a wonderful variation of magnificent diamonds and gemstones originating from Kashmir, Colombia, and Burma; as well as signed jewelry pieces from iconic houses such as Bulgari, Cartier, Tiffany, Van Cleef & Arpels, Lacloche, and Schlumberger. 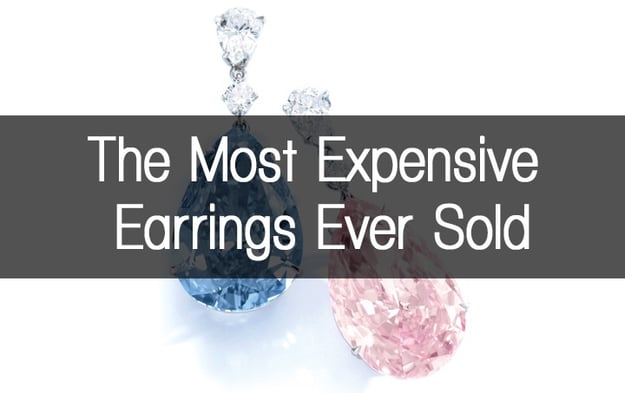 It should be noted that this year’s auction was especially successful. With an astounding 90% of lots being sold and 2/3 of which managed to exceed their pre-auction estimates. The total sales amounted to a respectable $151.5 million.

While both sessions held spectacular pieces, the second half of session two is what really stood out. Three items are especially worth mentioning:

While these are truly breathtaking pieces, they pale in comparison to the auction’s centerpieces.

What truly caught everyone’s attention was the “Apollo Blue” and “Artemis Pink” diamonds, which led the auction. Deemed the most expensive earrings ever to have appeared at a public auction, these pieces entered the auction as two separate Lots.

The Apollo Blue Diamond is a pear-cut, 14.54 carat internally flawless Fancy Vivid Blue stone, and was given an IIb grading by the GIA. This makes it the largest Fancy Vivid Blue to ever be sold at an auction. While falling a bit short of its pre-auction high estimate of $50 million the Apollo Blue managed to yield a respectable $42.1 million (approximately $2.9 million per carat). This meant that the stone also broke the record for most expensive earring sold at an auction.

Together these two diamonds are in a league of their own, fetching over $57 million and becoming the most expensive pair of earrings to ever be sold at an auction. Both of the pieces were purchased by the same buyer (whose name has not been revealed) and will have their names changed from Apollo Blue to "The Memory of Autumn Leaves" and from Artemis Pink to "The Dream of Autumn Leaves."