Pink Diamonds: The Mickey Mantle of the Colored Diamond World

Scarce. Webster defines it as deficient in quantity or number compared with the demand; not plentiful or abundant.  The old cliché says the only thing scarcer than scarce are “hen’s teeth.”

Once the Argyle Mine closes later in 2020, are pink diamonds going to become the equivalent of “hen’s teeth” and if so, can we learn from historical examples as to what happens to what’s left of them?

They say that those who do not learn from history are doomed to repeat it.  Let’s learn from it.

The “Tragedy” of the 1952 Topps Mickey Mantle Rookie Card

For those familiar with sports, the name Mickey Mantle could be considered the equivalent of a rare pink diamond in the world of baseball.  Simply put, he was one of the best.  He debuted with the New York Yankees on April 17, 1951 and by the time he hung up his cleats in 1968, he was considered one of the greatest to ever play the game. 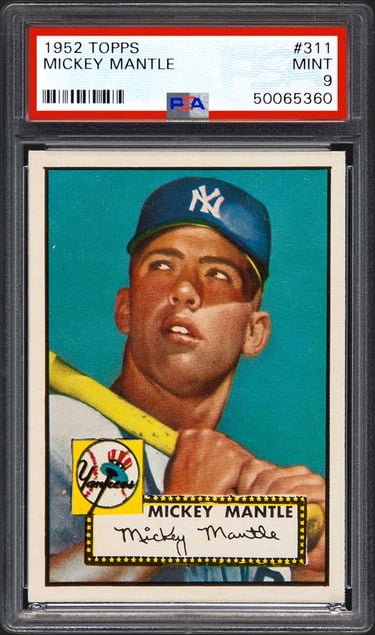 Let’s go back 70 years… At the time, a fledgling candy company named Topps had just started producing baseball cards.  Topps had issued its first set of cards just before Mantle debuted in 1951;sohe had to wait until 1952 for his first card and it was included in their second series.  In effect, 1952 Topps was his “rookie card.”

Interestingly, by the time the 1952 second series hit the market, all interest seemed to be gone.  Topps literally couldn’t give them away. They tried to include them in every conceivable thing kids might buy – penny Christmas stockings, giveaways at the county fair but nothing moved the product.

Topps found itself stuck with cases of unsold product.  To save warehouse space, they took this product containing untold thousands of already scarce Mantle rookies and dumped them in the Atlantic ocean.  …and the story could end here if not for the few Mantle’s that remained in the market. 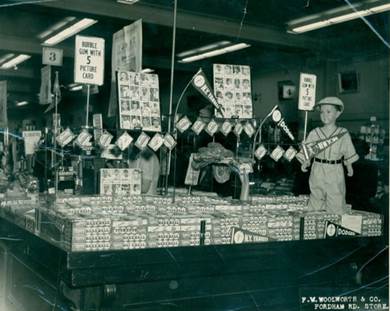 An Unexpected Turn of Events

Fast forward to 2018 when one of those Mantles that survived hit the market.  That already scarce 1952 card, made scarcer by the drowning of all of those cases, was as rare as “hen’s teeth.”  That card hit the market in PSA 9 condition and sold for a cool $2.88 million.

Pink Diamonds: The Mickey Mantle of the Colored Diamond World

Just like the Mickey Mantle card, argyle pink diamonds are becoming finite. As you may already know the iconic Argyle Mine is scheduled to close down in late 2020. But why is this such a big deal?

The Argyle Mine in East Kimberley, Australia, is the source of 90% of the world’s new pink diamonds, and the producer of extremely high quality, pink “bubble gum” hue diamonds found nowhere else in the world. Just like the Mickey Mantle card, once the source of these diamonds is gone, the only way to attain one would be from an individual, or organization, that currently owns one. With such limited supply, and increasing demand, will pink diamonds (argyle pinks especially) appreciate to multiple millions of dollars?

In the past decade alone, we could see that pink diamond value has exceeded 500%, outclassing every other colored diamond category.

This is not only true for public auctions. Private auctions, such as the Argyle Tender have been seeing record breaking prices, with each year outperforming the last. Last year alone, Rio Tinto (the owner of the Argyle Mine and Tender), announced that the number of bid received have increased by double digits.

What are your thoughts for the future of the diamond market? Are you thinking of investing in an Argyle Diamond? Let us know! And as always feel free to follow us on LinkedIn and Twitter.