As the year winds down, there has been no shortage of exciting news in the world of colored diamonds and pink diamonds. Decembers top news includes some incredible diamond discoveries, amazing auction results, dazzling displays, and a recap of the year in diamond news. Arpege Diamonds is proud to present the final edition of colored diamond news for 2016. 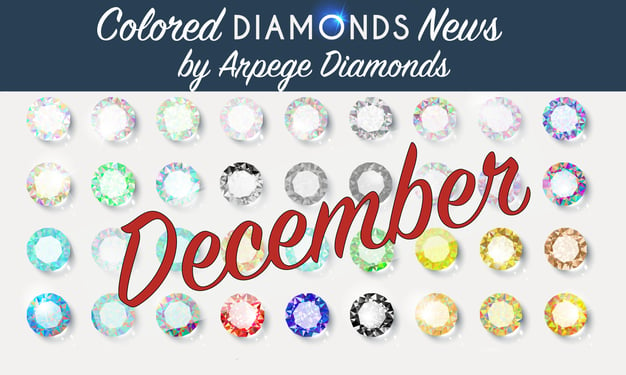