Among the auctions that took place during the month of May, Christie’s Hong Kong Magnificent Jewels sale was probably the one with the most mesmerizing lots. The pieces that were offered could easily be described as “art” and had very optimistic pre-auction estimates. 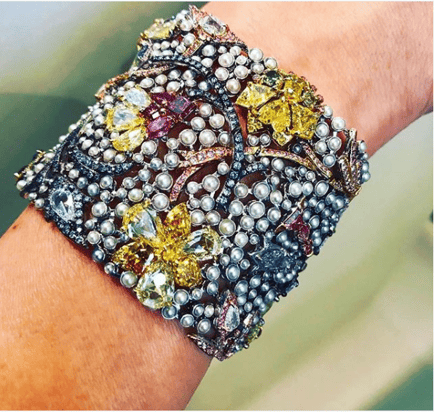 So how did the auction go? Let's take a look at the top two pieces sold, by price, as well as 2 other honorable mentions that belonged to our favorite lots.

The first lot on our list is #2093 which featured a truly breathtaking colored diamond pendant necklace, with a blue diamond by Moussaieff. Moussaieff is one of those names in the diamond industry that can be synonymous with beauty and quality. Not a single year has gone by in recent memory that hasn’t featured one of Moussaieff's pieces in an auction, and this year is not an exception. 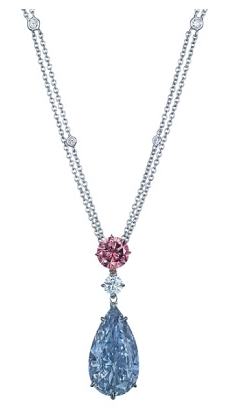 The pièce de résistance was a remarkable 8.01 carat, Internally Flawless, pear cut, Fancy Vivid Blue diamond. The stone was suspended by a necklace with a surmounted by a beautiful circular cut, Fancy Intense Pink diamond.

The diamond ultimately sold for approximately $20.37 million, fitting between its $18.5 - $25 million pre- auction analysis. Despite its breathtaking beauty, it was unable to set a new record for blue diamonds of its category. 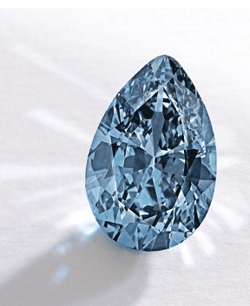 Currently, the record holder for the most expensive blue diamond for the category of 5-10 carats belongs to the 9.75 carat Fancy Vivid Blue that was once owned by Mrs. Bunny Mellon.

The record was set during Sotheby’s New York auction back in 2014, when the stone yielded $32.6 million. Since then no other Fancy Blue diamond has been able to surpass it.

Easily considered a true piece of art, this unique piece by Boghossian contains over 30 diamonds of various cuts, tones, and colors organized in patterns that create beautiful floral designs.

Initially valued between $2 million and $3.2 million, the lot managed to exceed everyone’s expectations as it ultimately sold for a very impressive $4.45 million. A very worthy price for such a beautiful and intricate piece.

This platinum ring has a beautiful 2.35 carat, pear cut, Internally Flawless Fancy Intense Blue diamond surrounded by small circular cut pink diamonds. It would seem that as recently as April, there has been a multitude of Fancy Intense Blue diamonds appearing in auctions. However, as we saw in our back to back record breaking blue diamonds post, demand has also been very strong; so our initial thoughts were that the diamond would sell close to its $1.9 million high pre-auction estimate…and so it did. The lot ultimately went for a very respectable $1.92 million, yielding approximately $817 thousand per carat.

The final lot on our list was also one we had extremely high hopes for, and were expecting a remarkable hammer price, however, the piece was ultimately withdrawn. For those wondering, lot #2090 was an oval cut, 12.85 carat, VVS1 clarity, Fancy Intense Orangey Pink diamond. From what we’ve seen in past articles, pink diamonds with orange modifiers usually get a price discount (as opposed to pure pinks or pinks with purple modifiers,) but the color of this stone was still very beautiful, a feat which made us optimistic for its performance. The stone was accented by other smaller crescent and triangular cut diamonds, and were all mounted on a gold ring, and was ultimately valued between $5.7 and $8 million during pre-auction estimates. 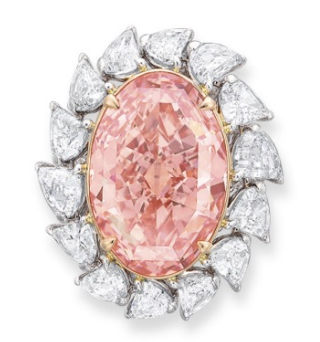 Despite its beauty, this piece failed to reach the minimum asking price, potentially because investors thought the color was either not strong enough or not being to their liking. In our opinion however, this diamond is still one truly amazing piece.

What was your favorite piece from this auction? Is there a lot you thing should have been on our list? Let us know! And as always feel free to follow us on Twitter and LinkedIn.

For more colored diamond and investing insight be sure to click on the links below: