1986 Michael Jordan Rookie: The Journey of a Million Dollar Investment

Over the last year, money has been pumped into the economy at a rate not previously seen in history.  What have the impacts been from that?  Actually, a remarkably interesting phenomenon has been occurring. How many times in your life have you come across a "million-dollar" investment emerge? Or better yet, when was the last time you saw one emerge?  If you were watching a certain asset class in 2020, you have actually seen multiple million-dollar investments emerge over the last year. 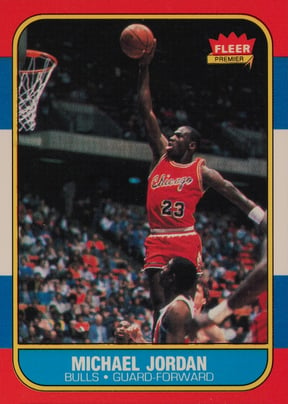 But before digging into that, it is important to understand why this happened…

The rise of an industry

The pandemic shook the global markets in an unprecedented way. Everyone, from the top tier investors to your “average Joe”, were trying to find ways to secure their wealth. Traditional investment assets were too volatile for some, and with uncertainty being prevalent, many turned to alternative investment markets. Some of these were precious jewels and metals, classic cars, pieces of art, while others hit a little closer to home…like collectable sports cards.

The collectable sports card niche was always one that was viewed as a fun hobby to invest in, but surprisingly in 2020 this industry grew to over $10 billion. It grew so much and so fast in fact, that it attracted investors such as the Chernin Group (TCG) who along with Mark Cuban and Kevin Durant invested $40 million in Goldin Auctions, which experienced massive record- breaking growth during the pandemic.

This massive surge in demand caused collectable card values, with certain high grade cards, to start selling for hundreds of thousands, and now even millions of dollars.

Here are just some cards that broke the million-dollar barrier in 2020: 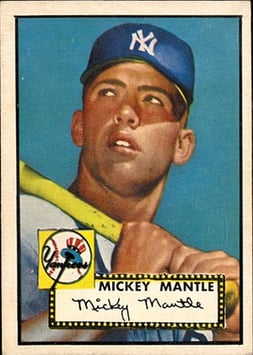 Considered by many to be the best Michael Jordan card ever made, the value of this card has been exploding since the pandemic started.  In January 2020, before everything started, a PSA 10 1986 Fleer Michael Jordan rookie card was valued around $30,000 to $35,000.

Over the next few months, its value tripled hitting almost $100,000 in May. It then continued to climb, selling for $215,000 in December of 2020. Perhaps some thought that this reduced acceleration marked a “ceiling” for this iconic card, but it didn't stop there. It’s astronomical rise continued, and in January's 2021 Goldin Auctions Elite sale, two 1986 Fleer Michael Jordan Rookie Cards shattered records once again, fetching $738,000 each!  That's a 21,000% return!

But what makes this card special?

With a population of over 300, the 1986 Fleer Michael Jordan rookie card isn’t nearly as rare as the cards listed above. Perhaps relatedly, it's not worth as much (…at least not yet).  Why is its value constantly rising? Why is this an ideal example of the “million-dollar investment emerging?”

The first reason is player popularity and prestige. It is without a doubt that Michael Jordan is a name known worldwide, but in 2020 that name echoed even louder with a 10-part documentary on Michael Jordan and the Chicago Bulls known as “The Last Dance” which debuted in April on ESPN. This mini-series only escalated the player’s popularity, specifically during a time when everyone was stuck at home with nothing to do but watch TV.

This did not only attract fans of the sport though. As mentioned previously, the influx of the market attracted a lot of "big-time" investors, including Wall Street money, ready to spend big dollars on assets that seemed to have strong investment potential (more on that in the next section). Without deep knowledge of the niche, these investors tend to gravitate toward the more "iconic" players as "safe-bets"; and the Michael Jordan rookie ticks all those boxes.

Timing is another element that drives the value of this card (and set).  Prior to 1986, the last major manufacturer of basketball cards, Topps, ceased production of them in 1981. Thus from 1982 - 1985, there was no major company producing basketball cards. Fleer decided to reenter the market in 1986 but due to market that had been dormant for a number of years, production was kept low.

Fleer also had the foresight to produce a selection of players (beside Michael Jordan) that were very popular.  Basically, every player that was or eventually became a "star" in the NBA in the 1980's was included in that set.

Low print runs and popularity aren't the only reason for the popularity of this card and set.  The third reason is its condition sensitive nature.  These cards have red borders.  They have also been circulating in the market for almost 40 years, which means the red boarder might be slightly faded or chipped. Edges and corners might have chips, creases, or other issues. The colors on the card might be faded, along with many other significant or insignificant issues that can cause the price to fluctuate dramatically. This all boils down to a very, very condition sensitive card. Finding a card in "Gem Mint" shape is very difficult.

Finally, it’s considered Jordan's rookie card. Being the rookie card of one of the most iconic athletes that ever lived is a big deal and many collectors would go out of their way to add such an important card to their collection/portfolio. But even that is not the last element driving value.  The card snap-shots Michael Jordan in a truly iconic action pose which only adds to the appeal of the card.

Is there still room to grow?

All of these elements highlighted have contributed to the incredible growth in value for this card. Interestingly, this card remains hot because there is still potential room to grow. But why?

The "Wall Street money" money recently being added to the market does not seem to be slowing down.  While they might have deep pockets, they lack deep industry insight, so they will tend to go towards more "iconic" investments with cards from well known players. We all know who Michael Jordan, Tom Brady, and Lebron James are...

This does not mean that the higher graded cards will solely be hunted down by Wall Street investors. As long as there is money flowing into the market and interest rates are kept down, the 1986 Fleer Michael Jordan (and many other collectable sports cards for that matter) offer strong tangible asset that can be used to offset potential inflation concerns.. which continues to attract both investors and advanced collectors that want these collectibles in their collection/portfolio.

So where does it go from here?

While no one can be 100% certain, the trajectory of this card shows very high potential for another ceiling break, and being 1-step closer to becoming the next "million dollar investment opportunity."   Whichever the case, it is not often that we can see such a unique spike in appreciation and as such, potentially watching history in the making.